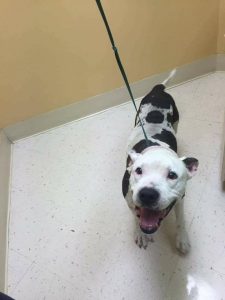 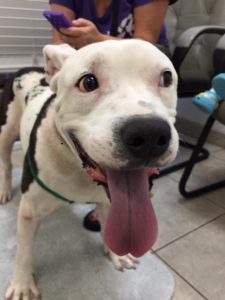 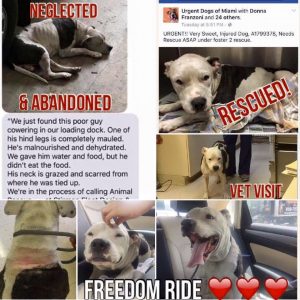 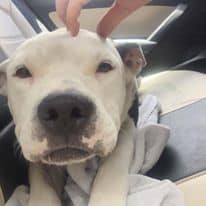 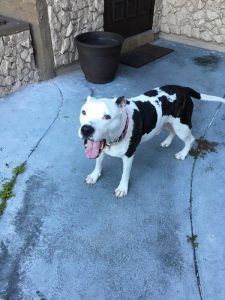 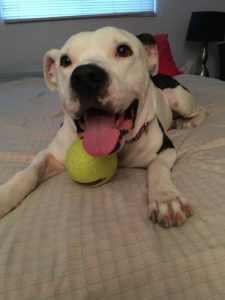 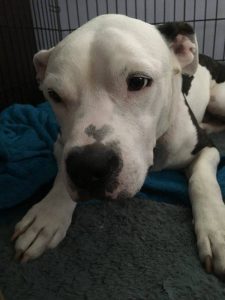 Mookie was found in an area of Miami known for strays and animal neglect. Unfortunately, most people in areas like this see these poor souls and just keep walking. Lucky for Mookie he made his way to an industrial complex where some caring employees saw him, took his picture, and reached out for help from the rescue community. They described him as a scared but sweet dog that appeared neglected and had a leg injury. Animal Control had already been called, but they were hoping a rescue could help him before they came for him. NAIA’s Rescue stepped up to help him, because we could not stand the thought of leaving him out there, especially with an injury. Several rescuers went out to look for him and could not locate him. As per business owner, Mookie had heard some scary noises at business closing time and he had dragged himself across the street from the property. Rescuers continued searching and feared that with his leg injury he was in danger of being picked up by people with bad intentions. The following day, he was located at Miami Dade Animal Services. What a relief! We can only imagine what kind of ‘life’ he has had up to the moment he was rescued, but his medical history and scars on his body tell a very sad story. No animal should ever suffer this kind of neglect! Mookie was underweight and his coat was very dirty, dull, and soiled. He has bite marks. He has an abrasion on the neck area possibly from an old embedded collar. He is heart worm positive. He has a ruptured ACL and will need surgery. All of his rostral teeth are fractured / worn down to varying degrees and according to medical report from MDAS, will “likely need extensive dental work”. We don’t know if he was a bait dog, lived tied up in a yard, or just had cruel owners. We do know that despite all he has endured, he is the sweetest boy with an amazing spirit and deserves to be healthy and feel loved, and find an amazing home. Please help us help Mookie get healthy again so that he can live the rest of his life to the fullest and have his fairy tale ending!

You help with my hospital bill funds by following this link:
https://www.youcaring.com/mookie-609609